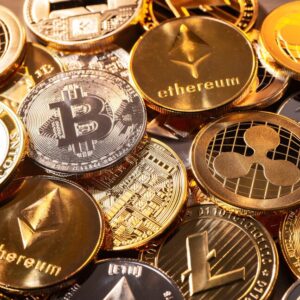 Whilst most people only started to learn about “Crypto Exchange” because of Bitcoin, its roots – and applications – go much deeper than that.

Blockchain is a technology unto itself. It powers Bitcoin, and is essentially the reason why *so many* new ICO’s have flooded the market – creating an “ICO” is ridiculously easy (no barriers to entry).

The point of the system is to create a decentralized database – which essentially means that rather than relying on the likes of “Google” or “Microsoft” to store data, a network of computers (generally operated by individual people) are able to act in the same way as a larger company.

To understand the implications of this (and thus where the technology could take industry) – you need to look at how the system works on a fundamental level.

Created in 2008 (1 year before Bitcoin), it is an open source software solution. This means its source code can be downloaded edited by anyone. However, it must be noted that the central “repository” can only be changed by particular individuals (so the “development” of the code is not a free for all basically).

The system works with what’s known as a merkle tree – a type of data graph which was created to provide versioned data access to computer systems.

Merkle trees have been used to great effect in a number of other systems; most notably “GIT” (source code management software). Without getting too technical, it basically stores a “version” of a set of data. This version is numbered, and thus can be loaded any time a user wishes to recall the older version of it. In the case of software development, it means that a set of source code can be updated across multiple systems.

The way it works – which is to store a huge “file” with updates of a central data set – is basically what powers the likes of “Bitcoin” and all the other “crypto” systems. The term “crypto” simply means “cryptographic”, which is the technical term for “encryption”.

Irrespective of its core workings, the true benefit of wider “on-chain” adoption is almost certainly the “paradigm” that it provides to industry.

There’s been an idea called “Industry 4.0” floating around for several decades. Often conflated with “Internet of Things”, the idea is that a new layer of “autonomous” machinery could be introduced to create even more effective manufacturing, distribution and delivery techniques for businesses & consumers. Whilst this has often been harked to, it’s never really been adopted.

Many pundits are now looking at the technology as a way to facilitate this change. Reason being that the interesting thing about “crypto” is that – as especially evidenced by the likes of Ethereum – the various systems which are built on top of it can actually be programmed to work with a layer of logic.

Mushroom Shelves – What You Need to Know